PTSD, or posttraumatic stress disorder, is a set of reactions that can occur after someone has been through a traumatic event. The chance of developing PTSD depends on the type of event experienced.  According to the National Centre for PTSD about seven or eight out of every 100 people will experience PTSD at some point in their lives.

PTSD affects twice as many women as men. In the United States, almost 10 percent of women develop PTSD sometime in their lives, compared to four percent of men. A factor in this discrepancy could be linked to sexual assault. Women are more likely to experience sexual assault than men and sexual assault is more likely to cause PTSD than other events. Some research has also shown that sex hormones affect memory and learning which are critical to the development of PTSD.

Sometimes it takes months or even years for PTSD to surface. A study of New Yorkers after 911 showed that symptoms can surface up to two years later and may even be triggered by a subsequent stressful event such a job loss.

Canada has the highest incidence of PTSD in 24 countries studied

The same study found that Canada had the highest prevalence of PTSD of the 24 countries included in the study – 9.2 percent of Canadians will suffer from PTSD in their lifetimes. The Netherlands, Australia and the US followed. Nigeria, China and Romania had the lowest levels.

Could I have posttraumatic stress disorder?

The main symptoms of PTSD are:

If you or a loved one are struggling with PTSD symptoms find the support you need. Stop enduring and start living. Contact Lighthouse Counselling today to relieve the suffering, regain control, and begin living life again.

If you’re struggling with PTSD and in need of help contact Lighthouse Counselling Vancouver to receive your free consultation.  For more information click here, or call 604-809-5848.  Help is just a click away! 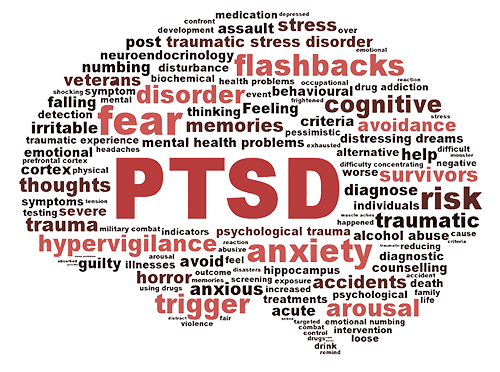